How Child Custody Works in Tennessee 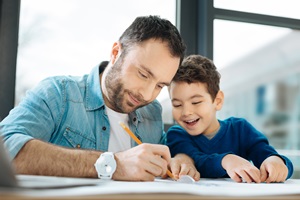 Best Interests of the Child

Many factors go into deciding what is in the best interests of the child, including but not limited to:

If a child’s parents can’t come to their own custody agreement, the court will consider the factors above and award custody to one or both parents.

Generally, Tennessee courts prefer to award joint physical and legal custody to parents, if possible. However, any of the following child custody arrangements may be considered by the court:

What If One Parent Wants to Move?

A parent’s move can significantly impact a child. Accordingly, Tennessee has requirements about how a parent’s move should be handled if the parent plans to move more than 100 miles away. Specifically:

When deciding how a move may impact child custody, the court will consider:

Protect Your Child During a Divorce

You want what is best for your child, and that is precisely the standard that the court is supposed to consider during child custody negotiations. However, you need to present the right evidence to the court to explain what is in your child’s best interests if you and your child’s other parent can’t agree on a custody arrangement. Our Middle Tennessee divorce and child custody lawyers are here to help you. Contact us today to learn more about protecting your family.