Grounds for Divorce in Tennessee 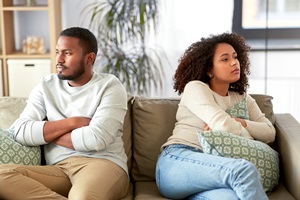 Although marriage is a legally binding commitment, Tennessee law recognizes that not all marriages work out, and there are ways to end the marriage. However, before you can divorce, you must have legal grounds for doing so.

Tennessee law provides 15 different grounds for divorce. The court must find that at least one of these 15 grounds is met before a divorce will be granted.

Two of the 15 grounds for divorce fall into the uncontested divorce category. Generally, the court may grant a divorce without a trial if one of the following two things is true:

Why You Need a Divorce Attorney

Whether you are seeking an uncontested or a contested divorce, you need a lawyer to represent your interests. Luna Law Firm can make sure that:

To learn more, please contact us to discuss your legal options.